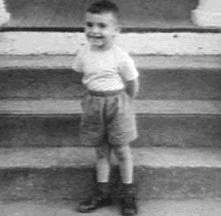 Joe Cultrera (Director/Editor) narrates Witch City from the perspective of a returning native. Much has changed since little Joe became slightly bigger Joe, both in Salem and Cultrera's life laps. A graduate of New York City's School of Visual Art's film program, he has been making films for almost 20 years. Among his previous documentary directorial work are several portraits of small town life that are rich in oral history, texture and emotion. These include: "Leather Soul: Working for a Life in a Factory Town," "Unfinished Dreams," and "Memories of the Aud." Cultrera has edited countless documentary, promotional and narrative films including the upcoming feature, "Full Court Press." He could use a vacation sometime soon. (joe@zingerplatz.com) 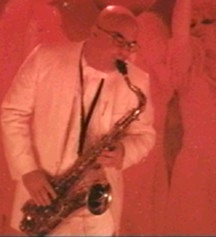 Henry Ferrini (Co-director/Director of Photography) lives with the fishes. A resident of Gloucester, Massachusetts, much of Ferrini's award winning directorial work captures the ebb and flow of that city's tides. "Poem in Action: A Portrait of Vincent Ferrini" looks at the life and poetry of his uncle. "Radio Fishtown" is a quirky David vs. Goliath bio of Simon Geller, a longtime cranky Gloucester radio DJ. Besides his own work, Henry has acted as D.P. for numerous other directors, lending them his unique sense of light and frame. Ferrini is currently working on video bios of author Jack Kerouac and jazz musician Lester Young and can often be found playing a sax or flute in his third floor studio or at the wheel of his Toyota. (hferrini@aol.com) 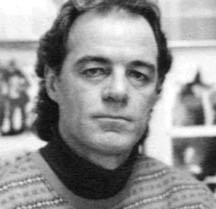 Philip Lamy (Writer/Concept by) is the author of the recently released book, "Millennium Rage." While residing in Salem, Lamy's thesis on that city's heritage industry became the spark for the production of "Witch City." Noted for his long rants, short memory and good humor, Professor Phil is an award-winning teacher and writer whose articles on new religious movements and countercultures have appeared in The Boston Globe, The Dallas Morning News and been heard on National Public Radio. Now a resident of Vermont, he is a professor of Sociology and Anthropology at Castelton State College. Lamy is writing a new book on UFO cults, as well as producing a documentary on Vermont's slate industry. He recently appeared on the syndicated series, "Strange Universe" - now how cool is that? (lamyp@sparrow.csc.vsc.edu) 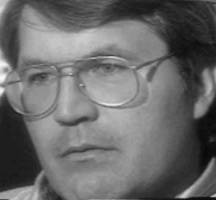 Bob Quinn (Producer) graduated from Brown University and then studied film at the School of Visual Arts. Bob claims to be the Business from the title of his company, Picture Business, which he formed with Cultrera seven years ago. Quinn produced "Leather Soul," an affectionate but hard-bitten portrait of his home town of Peabody, Massachusetts that was narrated by Studs Terkel. He also produced Picture Business' "Unfinished Dreams," a story of St. Bonaventure University's 1969 -'70 basketball season and "Memories of the Aud," a chronicle of life and sports in Buffalo, NY. Corporate work in the Healthcare and Wellness field have fueled Picture Business and Bob is currently chasing down leads both hot and cold. Sooner or later he'll be calling you - with a soft pitch and a folksy story. (bob@pixbiz.com) 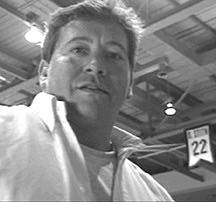 John Stanton (Co-writer) came to documentary films after working as a newspaper reporter for almost a decade. In his dual life as a carpenter he occasionally can be found on his home turf of Nantucket driving nails through various parts of his body. Stanton, also a Peabody native, wrote the script for "Leather Soul" and "Unfinished Dreams." He is currently writing two other documentaries, one about the public perception of trade unions in the age of NAFTA, and the other a look at the Cape Cod Baseball League. He also has fifteen or twenty ideas on the back of bar napkins -- if you have the time and the money. (mtomeo@aol.com) 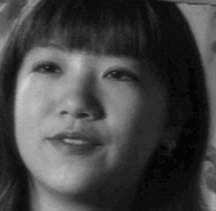 May Liao (Co-Editor) kicks butt and keeps the male members of the Picture Business team in line. She has edited many of this group's productions over the last several years. Also at Picture Business, she has edited several short films by director Jamal Joseph including, "Drive By: A Love Story" and "Da Zone." Her own work includes documentaries chronicling artist Red Groom's exhibition at New York's Grand Central Station and Tom Otterness' installation at Central Park. Currently she is working on a portrait of Charles Huggins, a winner of the Nobel Prize for scientific research. May is splitting her time between filmmaking and studies in Oriental medicine and is attempting to become the world's first editor/acupuncturist. (mayliao@earthlink.net)